What the future holds for the car sharing economy 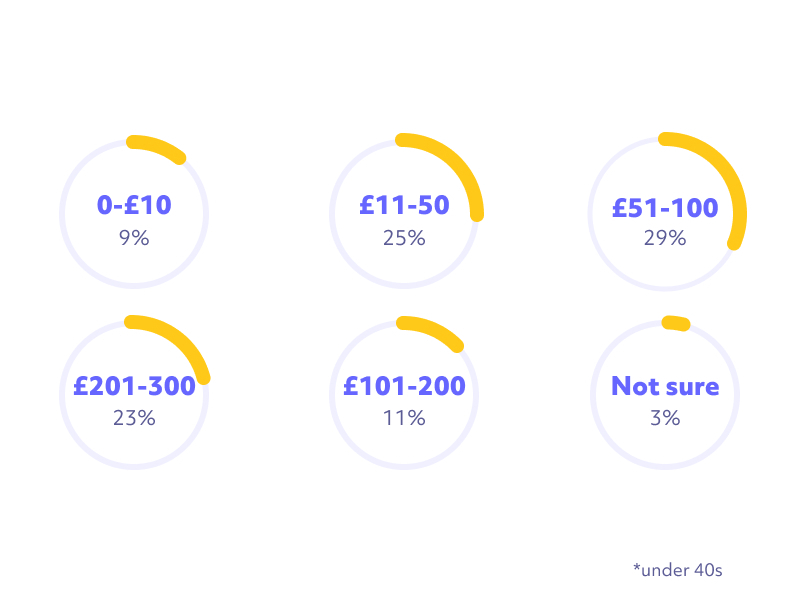 We're no strangers to the sharing economy at Cuvva. In fact, the reason Cuvva exists is because there was no way to borrow a car and get insured for just an hour or two.

And as Cuvva's grown, so has the sharing economy. From the big names like Uber and Airbnb to the tiny, exciting startups, there's been a surge in new, more flexible ways for people to spend - and earn - their money.

We wanted to find out more. So we asked 2,000 people about their attitudes towards (and use of) the sharing economy.

Here's what we learned.

(Wikipedia says the sharing economy is an economy in which "individuals are said to hire out things like their cars, homes and personal time to other individuals in a peer-to-peer fashion". So now you know we're not making it up as we go along.)

Car sharing is a big deal

Of the under-40s we spoke to, nearly half of them shared their car with other people - or borrowed their friend's cars.

Interestingly, people based in Wales, the West Midlands and the East of England were the most likely to share or borrow cars. And when we broke that down by city, Bristolians were the biggest car sharers. (Well done to them.)

It's hardly a death knell for owning cars, though: 43% of people who share cars to save money are also trying to save up to buy their own.

This all fits with the big predictions we're seeing about the future of the economy from the big business consultancy firms. Frost & Sullivan predicted that the car sharing economy would double between now and 2025.

New kinds of sharing economies, like home ownership, are also on the rise

There are some things people have shared for ages - clothes, food and even their skills. But some of life's traditional "big purchases" - like cars and houses - have tended to stay the same.

But we found that sharing both cars and home ownership are on the rise.

It all points to some pretty fundamental changes.

To find out more we spoke to Don Slater. He's a professor of Sociology at the London School of Economics. And he told us all about sharing economies.

"Sharing, rather than owning, cars, homes, office space, provisioning, digital services, labour and so on are strategies people employ to use increasingly inadequate resources in very uncertain circumstances where you both can't and don't want to commit to the long-term," says Don. 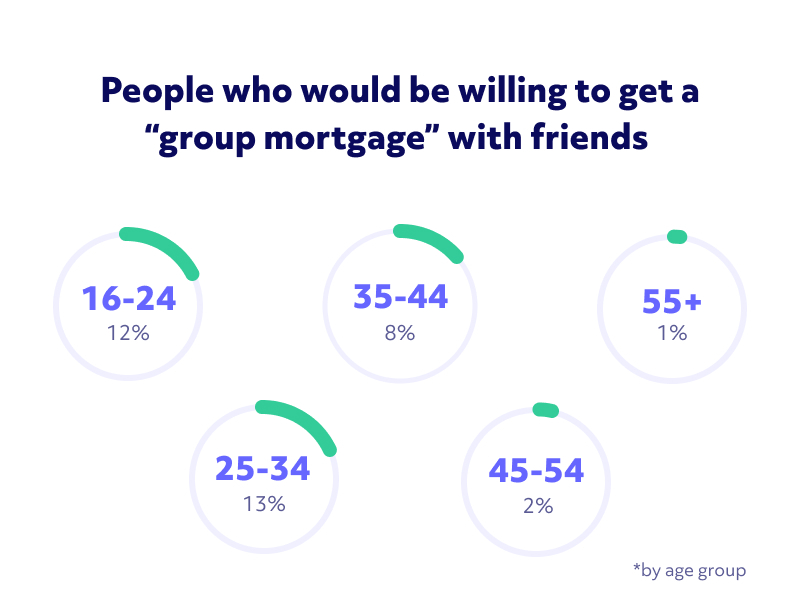 The sharing economy is a response to rising costs...

The cost of living is notoriously high. And it's rising still. According to the Office for National Statistics composite price index, today's prices in 2020 are 29.07% higher than those in 2010.

(No surprise that incomes haven't gone up by the same amount.)

A big chunk of the people we surveyed (44%) listed high costs as the biggest reason for using sharing-based business models.

44% of car sharers said it was about avoiding the high costs of public transport.

Don says it's to be expected that rising costs of living give momentum to sharing economies:

"Flexibility and mobility - enabled by technology - are lifestyle essentials because they are essential to everyday survival. Both production and consumption are based on the 'just-in-time' principle so that you don't commit resources into an unpredictable future.

"Sharing is one way of pooling scarce resources in order to spend just enough for now, and no more." 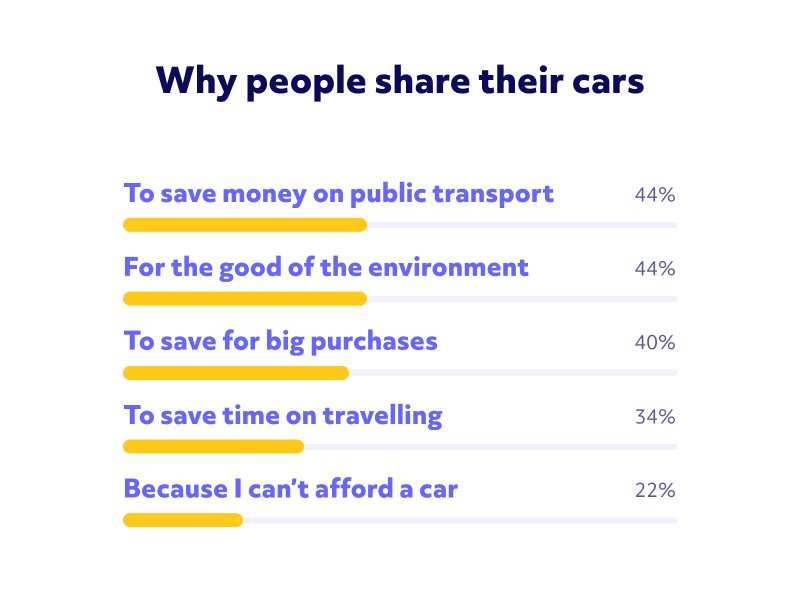 ...And people are saving hundreds of pounds a month by using it

It seems to be working. The average car sharer surveyed saves over £100 a month by ditching traditional models of car ownership.

Overall, it leaves almost half of our respondents with enough free cash to save up for other big things. 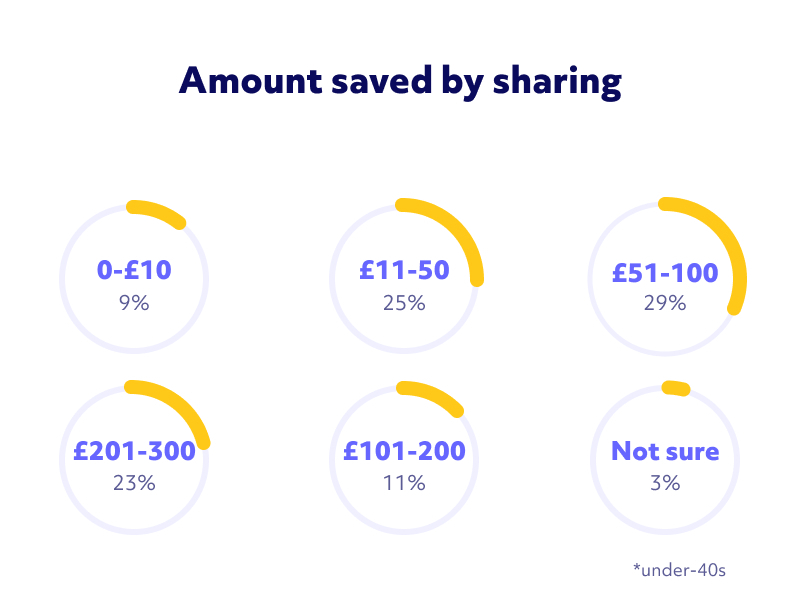 Environmental friendliness is a big factor, too

So the main reason people use the sharing economy is to save money. No surprises there.

But it wasn't the only reason. 16% of under-35s were mainly motivated by wanting to limit the impact their purchases had on the environment.

And with car sharing, that number rose to 42%. 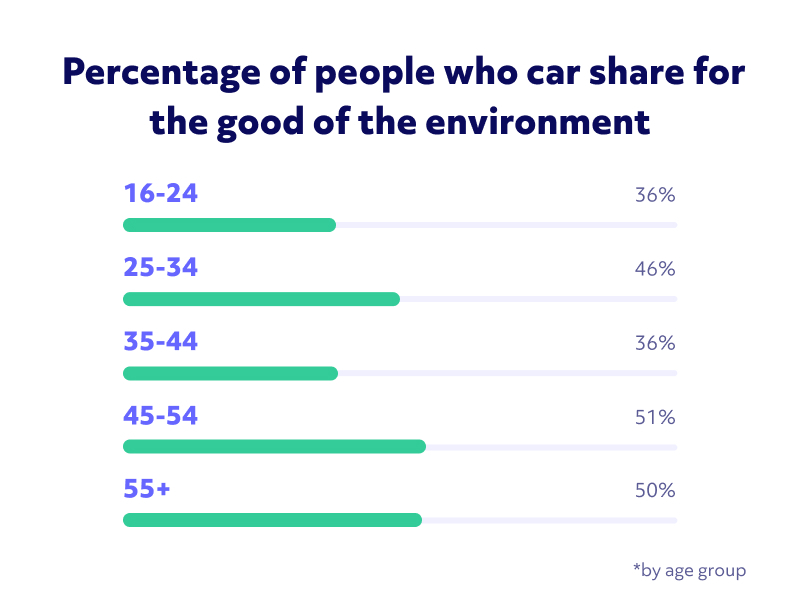 What does it all mean for car insurance?

To an extent, the demand for flexibility is obvious. We've seen the likes of Airbnb and Uber harness it to change the game for entire industries.

But other industries have been painfully slow to catch up. And none more so than car insurance. Buying an insurance policy is still about paying a big lump sum for an entire year of cover (or monthly instalments at a massively inflated price). It's still about price based not on data about you, but a less-than-nuanced assessment of how risky people like you are.