Older vs. newer cars: how the age of your car affects your insurance

You might have noticed, but the price of second-hand cars has skyrocketed in recent months.

Earlier this month, AutoTrader reported that the price of the second-hand cars listed for sale on its website had risen by 31% - a staggering increase.

It comes at a bad time for motorists, with the price of fuel also soaring in recent weeks.

Nonetheless, it is still usually cheaper to look for a second-hand car rather than to buy a new one. We've put together a guide on everything you need to know.

The age of your car doesn't usually directly affect the price of your car insurance. But there are lots of other bits of data about your car that do, like the cost of replacing parts or the number of safety features.

Like a lot of things in insurance, it gets a little complicated. Here's everything you need to know.

(To clarify, we're not talking about classic cars here, as they have their own set of insurance rules. We're just talking about older vs newer cars in general.)

Check your car's age
Buying a new car? Check when it was manufactured - for free. Learn more

Why older or newer cars can seem cheaper to insure

Some of the big things that affect the price of car insurance, and that are (generally) related to the age of the car, are:

There are a couple of reasons for this.

For one thing, cars with fewer safety features are statistically more likely to be in accidents. And that means the drivers are more likely to make claims.

And when those accidents happen, it's more likely that someone will get hurt.

And a bunch of other buzzwords you've probably heard in car adverts.

The list goes on. But most older cars don't have that kind of tech. That's one of the reasons insurance can actually be more expensive on certain older cars.

2. Cost of replacing or repairing parts

If the parts are really expensive, or if they need to be shipped in from overseas, it's going to cost the insurer more to repair them. And that's because insurance companies have to repair your car to the same standard it was before the crash.

This can make newer cars more expensive to insure than older cars.

3. Cost of writing off the car

Insurers may offer lower premiums for older cars because they're easier to "write off" (where the cost of repairs means the insurance company doesn't think it's worth repairing).

So even if an older car may cost roughly the same to repair as a slightly newer car, because the older one would be cheaper to replace, the insurance might cost less.

If insurance companies write off your car, it means they get to keep the car and get the scrap value for the parts.

Newer cars tend to be more powerful than older ones. A brand new car with a 1.0l engine might be faster than an older car with a 1.6l engine, for example.

Cars with more powerful engines are statistically more likely to be involved in crashes. And those crashes tend to lead to more expensive claims.

That said, there are plenty of older cars out there with bigger, more powerful engines than some newer cars. It's all down to the specifics of the car, and the person getting it insured.

You can check your car's specs for free with our car checker.

Car insurance cost has a lot to do with insurance groups

All of these different bits of data are used to decide what insurance group a car is in. And then insurance companies use these insurance groups to figure out whether a car should be cheap or expensive to insure.

All cars in the UK are put into an insurance group. These are numbered 0 to 50. The higher the number, the more expensive it usually tends to be to insure.

Age isn't itself a big factor for car insurance groupings. Old cars can be in high or low groups. So can brand new ones.

So rather than looking at whether your car is old or new, look at its insurance group.

You can check your car's insurance group online for free.

All these things can affect your excess, too

The same things that affect the price of your car insurance can affect your excess, which is the amount you have to pay when you make a claim.

There are two kinds of excess: compulsory and voluntary. Compulsory excess is set by your insurer, and it'll change a lot depending on the car you're getting insured.

Voluntary excess is up to you to set. You can choose how much to pay. 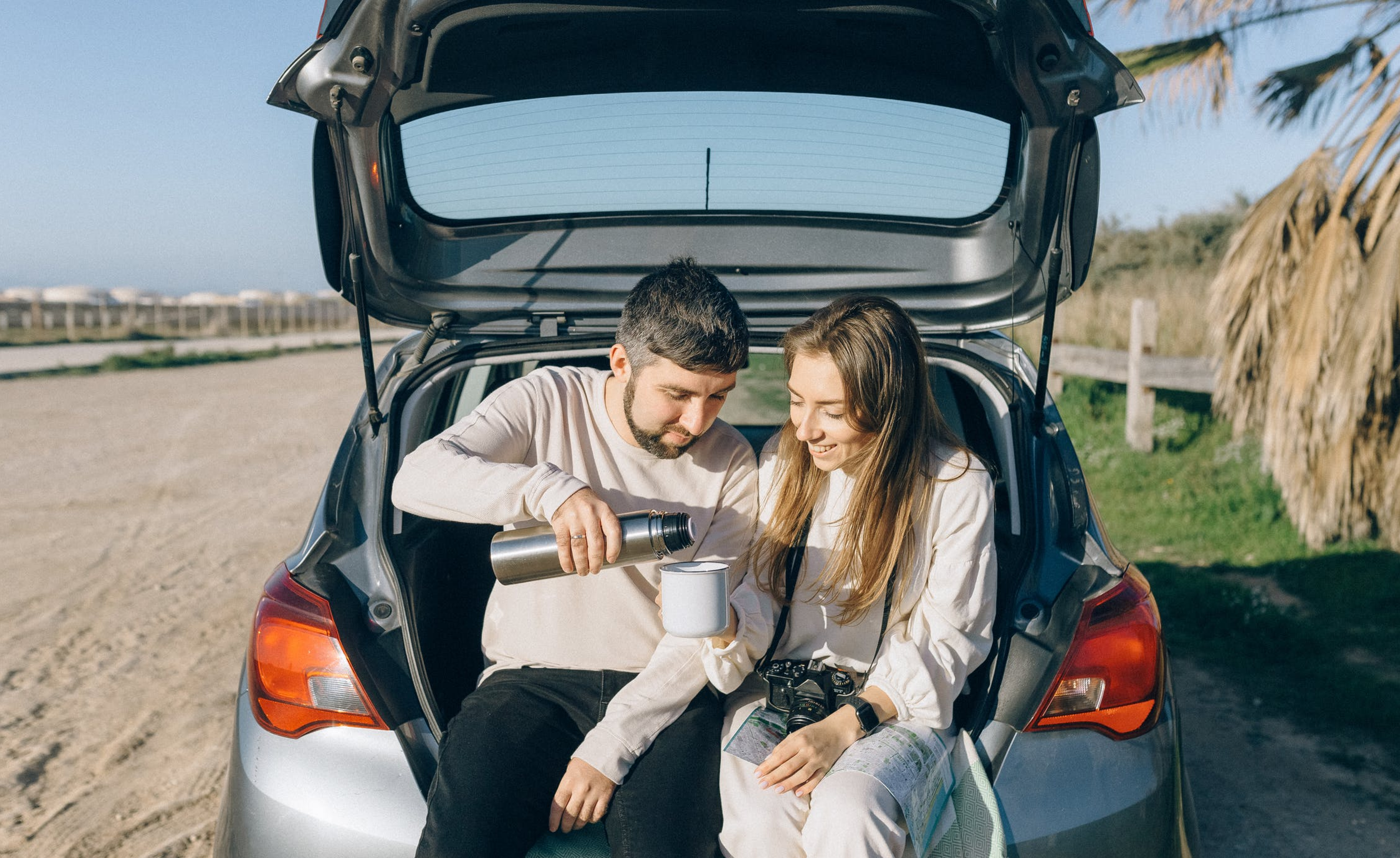 Even if car insurance costs more, it can still be cheaper to run a newer car

Insurance isn't the only cost of running a car. Some of the other car-related costs do tend to be higher for older or newer cars.

Road tax is often higher on older cars because they tend to be less eco-friendly, for example. Older cars may also end up needing more repairs over time, and cost more to fuel.

Transferring your car insurance to a new car

If you're buying a new car, you can (usually) transfer your car insurance. Just ask your insurer. If you do this, your insurance premium could go up, down or stay the same.

For example, if you buy a more powerful car than the one you currently have, it might go up. If you buy a cheaper used car that would cost less to replace, it could go down.

Again, the age of the car doesn't normally affect this. But some insurance companies do have restrictions on the maximum or minimum age of the vehicle, so check with them before you buy it.

(At Cuvva, for example, you can't get a temporary car insurance policy if your car's more than 20 years old.)

Older cars can become classic cars. These are cars that are old, but still really valuable.

There's no fixed criteria, but generally cars more than 15 years old that are still worth more than £15,000 will qualify.

Insurance works very differently for classic cars. And that's because they're valued more as an antique than an actual, functional car. Because of that, they tend to get more valuable as they get older, rather than getting less valuable like most other cars.

There are lots of specialised classic car insurance policies out there.