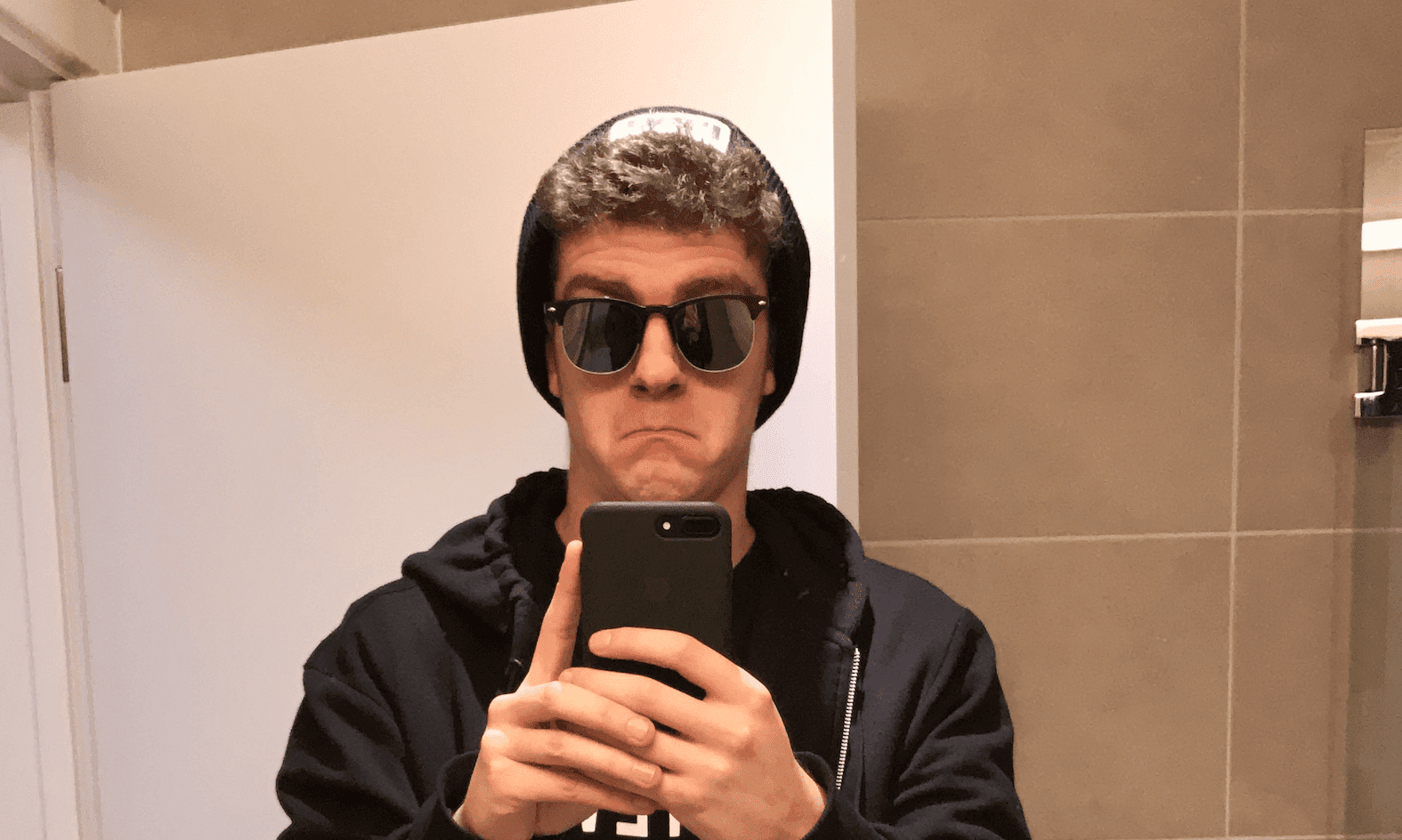 As we enter the season for ghouls 👻 and fireworks we thought what better of an occasion to set off our own spark to the start of October with an introduction to one of our very own ghouls here at Cuvva.

It's time for another "Meet the team" and this time around it's Blake, our Lead Designer:

What do you do for Cuvva?

I lead up the design of the app, product, and brand. Starting with an idea from our team through to a final design to then be handed off to our engineering and development team to build.

Often James (CTO) and Freddy (CEO) will come up with an idea for the app based on our user's feedback and it'll be my job to translate this into an app design whilst focusing on the product as a whole combined with our marketing to make sure we communicate clearly what we do and how our products works.

The hardest thing is communicating a complicated product (car insurance) as clearly as possible because there aren't many other companies in the market for us to compare ourselves with. We're doing something very different from the norm!

How did you get into this?

I was already looking at companies in FinTech a couple of years ago, and after I came back from travelling for six months around South East Asia the position came up in a Tech London Facebook page and so I just reached out.

I had spent some time contacting the people already at Cuvva to get to know them better which helped me understand the role and the aims of the company. I've now been at Cuvva for almost a year!

What are you working on this week?

Right now my main focus is on the new sign-up screens of the new app version releasing in the next few weeks. I'm also going through the feedback for our next app release that is currently in testing, sorting through the suggestions/bugs and prioritising as needed.

I've also been working on some creatives for new marketing campaigns and products coming in the future, but I can't talk about that just yet.

Who do you work with the most?

Mainly I work with Simon (Head of Product) on product direction, Hovik (Lead iOS Engineer) to work collaboratively on building an awesome app for both iOS and Android, as well as James (CTO) for overseeing of final designs and changes.

I also work alongside Ryan (Head of Community) and Loren (Head of Growth) to assist in the creation of marketing materials for campaigns like our recent advertising campaign on the London Underground!

What are you excited about working on in the next few months?

Well, that thing I can't yet talk about, for one. Which is going to be a whole new challenge for 2018 and I'm looking forward to it.

I'm also looking forward to when we hopefully bring in more engineers for our apps. Android, in particular, to be able to offer our subscription product to those on Android devices and further improve the user experience consistency between both apps.

What have you learned during your time at Cuvva?

I've learnt a lot about how every single change we make to our product can have a huge impact on our customer's motivation, and ability, to buy our products. Every small tweak we make can seem small at first but have a profound effect in customers understanding our product.

It has also been important to constantly improve communication internally for the team to have clarity on the product direction allowing us us to move quickly and iterate on new versions, fast.

What do you do for fun?

I really like climbing, and cycling 🚴 around the city to find new interesting places or bars. I also enjoy music, so I'll check out the latest concerts and festivals. I have a pretty varied musical taste, though, anything from rap to electronic and film soundtracks.

Tell us something unexpected about you

I used to work in toy design, creating the packaging and toy concepts for brands like Google, Star Wars, and Universal Studios.