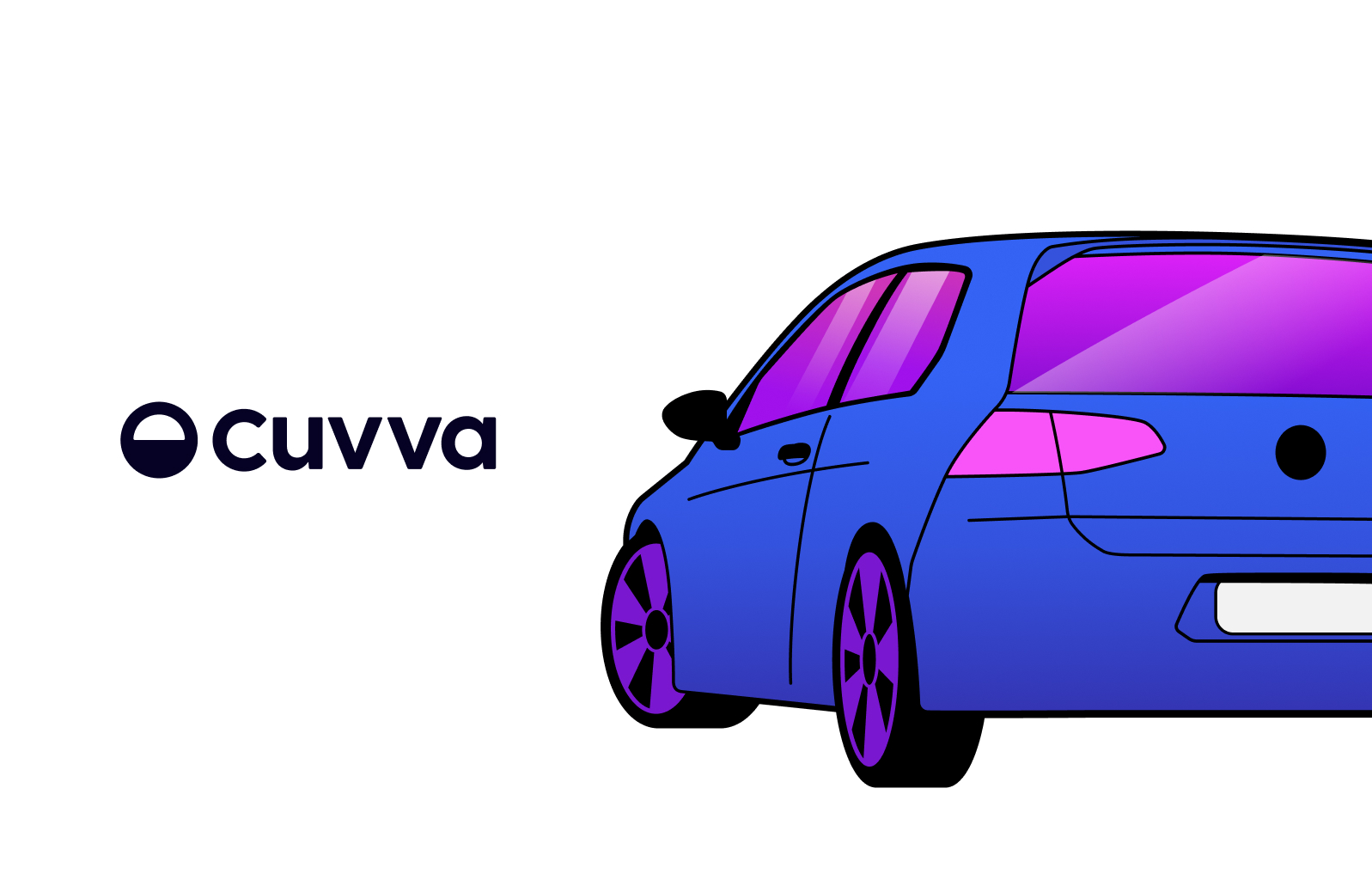 When I joined Cuvva back in 2019, we were in the early start-up phase with roughly 40 people and salaries were discussed and often reviewed, as they’d grown. Throughout the first half of 2019 salary benchmarking and attracting great talent became more important. But if I’m honest, people were mostly here for the product, great shares and not the salary (definitely for those who had been here a while) - which is a luxury you only have when you’re a small start-up. As we needed to scale, offering a decent starting salary and increasing salaries was inevitable. I started by working with leaders to align the salaries we had internally and matching them to the market - back then benchmarking was an extremely laborious and time consuming task. We didn’t have the capacity to invest in a benchmarking tool, but we did start to put together the beginnings of a salary model based on benchmarking and the roles we needed. This approach got us through the next 18 months until we were roughly 100 people.

As I was planning our 2021 People strategy and roadmap with Riva, our now Head of People & Talent (and all-round superstar in all things People). We knew we wanted to implement an open salary model for many reasons but the main one being it supports our values. Back when I first joined Cuvva, one of the first things I noticed was how committed the people here are to our values. Most companies I've worked with, or for, have been invested in their values and generally lived them day-to-day but none have ever been as uncompromising on their commitment to them as the people at Cuvva. With fairness and transparency at the heart of Cuvva it was a no-brainer, really.

So, we put the open salary on our roadmap. We’d planned to roll it out over Q2 and 3, however, as we continued to hire and we always put salaries on our adverts–let's face it, when a job ad says ‘competitive salary’ it means ‘probably not enough’ and if we aren’t sharing our salaries on adverts how can we be transparent? We found we were having more and more conversations internally about benchmarking, market value, progression etc. People were also starting to discuss their salary more with each other, which is great, but without context and information on salary benchmarking it sparked some confusion, so we pulled it forward and started work in Q1.

Deciding on a model

We built out the strategy and project plan for what type of salary model would be the best fit for Cuvva. We knew we needed comprehensive but relevant benchmarking data, so we chose a tool that catered to start-ups within the fintech/insurtech space.

We are committed to transparency and fairness, but we also felt strongly that what an individual is being paid is private and personal to them. Not everyone feels comfortable sharing their salary, so we decided to go for a salary model that shared the salary for each role at every level within the role, but we would not share what each person is being paid. If they want to share that, great, but that's a personal choice we didn’t want to make for anyone.

Our model would be totally open and anyone should be able to go in and see what we pay for any position in the company.

As we’d selected the benchmarking tool we wanted to use and thoroughly vetted it, the next step would be to get all of our roles benchmarked - simple, right??

What a mammoth task that was! We needed to involve people from every area of the business, create job evaluations detailing every skill, responsibility and decision within each job role. These ‘job evaluations’ needed to be accurate so some iterations were made. However, once we had them all and had submitted them into the benchmarking tool, they got to work on matching the job criteria against the thousands of jobs in their portfolio.

Where people are paid on the salary model was the next difficult task. Not every department has a fully built out progression framework and paying people fairly in relation to their skills, expertise and experience was another huge task that everyone needed to be involved in.

We used skills benchmarking; using the job evaluations that were put together, everyone was asked to go through and rate themselves by scoring each skill and responsibility in the following way.

GREEN - Mastering, doing independently and can train others, can think of 3+ examples
YELLOW - Doing well - needs some support
RED - Not doing currently, needs exposure to

Managers were also asked to rate their direct reports in the same way and then a skills alignment session took place where an individual and their line manager went through the scoring together.

We ran work sessions and created guides to support both managers and individuals through this process.

We asked employees and their manager to do this separately first, without sharing with each other or looking at the salary model. This was important for a couple of reasons:

Now, we did make a mistake with this - the colour coding ignited some upset that I'm annoyed at myself for not foreseeing. Having lots of red or yellow in an evaluation made people anxious and feel like they weren’t performing - when this was not meant to be the case. I wouldn’t use colour coding again.

Once all the job evaluations were submitted to our benchmarking provider (we used Orbit-TurningPoint) and our jobs had been matched, there was a period of iteration to make sure the matching was correct and that our job evaluation and impact scores were true. You then get a range of salaries back.

What we wanted to do was use a range in the benchmarking and pay people on this scale for how much of their job they’re mastering. So you are paid on the benchmarking for not just doing the job but for how well you’re performing and how highly skilled you are at the role. That will determine how far up the percentiles you’re paid.

Benchmarking is done… what's next?

By the time all the skills benchmarking was complete, we had iterated and were confident with the salary benchmarking. So we got to work forecasting the costs and making a suggestion on where on the salary benchmarking bands we should be paying at. After all, some bands came back with a 25-30k difference between the lower and higher percentiles. Thankfully, all the work we had put in, during the 12 months prior, meant that no one was off of the benchmarking and we were targeting the right salaries for hiring. It's important at this point to take into consideration all of the hires we are making and what impact the salary benchmarking will have on them.

So, after a fun couple of days with some spreadsheets and costing out what it would look like if everyone was paid at the very top end of the benchmarking, we decided on paying up to the 70th percentile, this meant we are paying the higher rates but not too high that the amounts would impact the number of hires we could make. Paying people top-dollar but then expecting more from them because we’d need to reduce hiring numbers was not a compromise we wanted to make - if you’ve read our journey through the pandemic, you’ll know of our commitment to wellbeing.

We rounded out all the figures - so they made sense and re-named the percentiles to steps. The idea was that as someone masters a particular skill or task, they’d be stepping through their job role and then into that next level role.

Communication is key when it comes to doing anything on salaries - keeping everyone informed and involved was super important for us. After all, the most important thing we do is pay people!

Sharing all the information around how the benchmarking was done and salaries decided also needed to be transparent. Riva built out Notion pages and guides covering everything anyone might need to know about the salary model.

We didn’t share one great big spreadsheet of salaries - we did them by team, putting a compensation page in each team's Notion section. All of this is open and visible to everyone in Cuvva, so if you want to go see what Leadership salaries look like, you head to the Leadership page and look at their compensation section. All the leaders' salaries are shared for each role from step 1-7. Sharing one big master sheet didn’t feel right to us and we didn’t want people to compare themselves to others, but if you want to see the information you can.

We then held a Q&A hour where Riva ran through the model and how to use it - explaining that we will benchmark and update the model every year in March and we answered any questions.

For the most part, 98% of people were happy with the model and didn’t have many questions - just appreciated that we had done this and they now knew what to do to progress within their role & get an increase. A couple of engineers needed more information and had some more technical questions (after all, it is their job to test and question everything). We've spent more time with engineering, answering their questions, and getting them comfortable with the data. In hindsight, a learning for us on this would be to do a session with them first, so that it doesn’t monopolise the company wide Q&A.

Compensation is now a continuous conversation at Cuvva, everyone knows where they’re paid on the model - following the skills benchmarking some salaries were adjusted, some were being paid at just the right level and some have bits to work on.

We continuously benchmark someone's skills throughout the hiring process, we don’t negotiate on salary at offer stage and we offer where we believe (I say ‘believe’ as you never truly know until someone is doing the job) someone sits on the salary model. Then, throughout the probationary period, goals are set, feedback is gathered and skills are benchmarked. At the end of the probationary period, we have a skills alignment session as part of the probation review to make sure we’re paying accordingly. If we’re paying less, we increase. If we’re paying over, we set goals to get the individual in line with where they need to be.

So the salary model is launched and we’ll re-benchmark every March (unless something significant changes in a roles responsibility) and everyone is having continuous salary conversations and working on their goals to get to the next step. Sounds finished? Not nearly - salary is only one part of compensation! We’re now working on a benefits review, and in conjunction with Legal & Operations, we’re working on aligning our share options and refreshes to the salary model so it's reviewed accordingly as someone progresses / changes roles too.