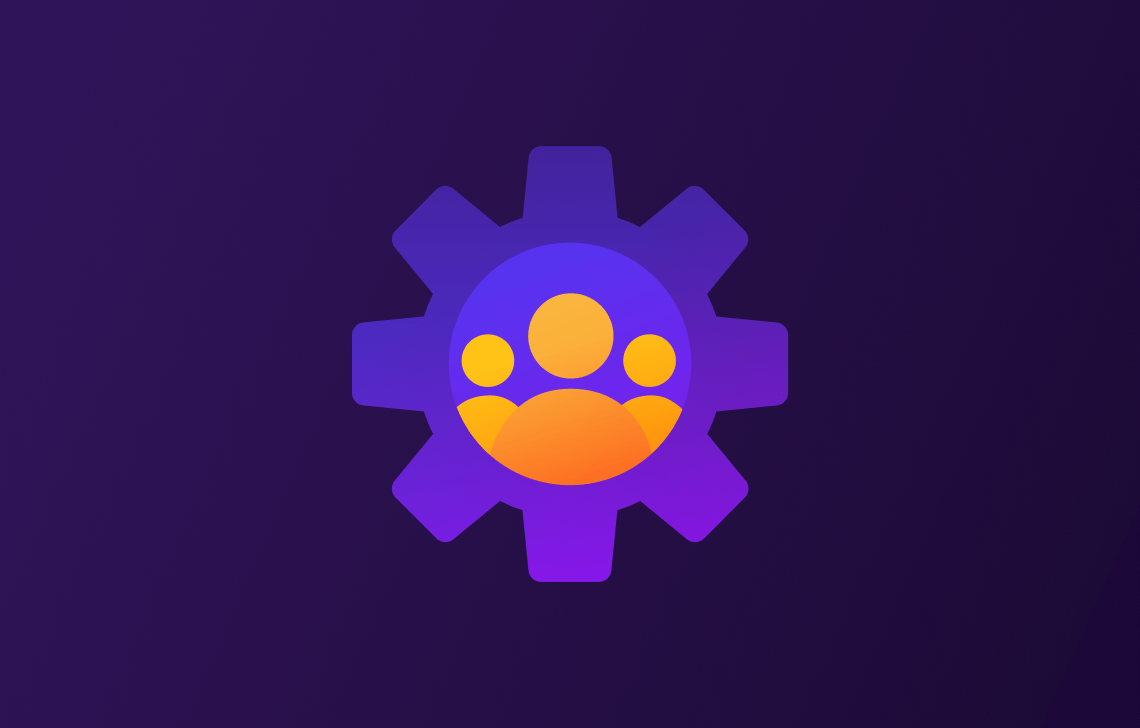 I sat down with our co-founder and tech extraordinaire, James Billingham, known in the office as JB, to find out a bit more about him.

Despite being 19 when you started Cuvva, this wasn't the first app you've been involved in building. Tell us more about what you did before.

My Dad taught me how to make websites when I was around the age of 8. Around 10/11 years old I was able to do a basic level of coding myself. Built a website called jcards.org that was a kind of Moonpig type site designed to sell cards. It was never used though, it was just a project my Dad came up with to help me learn.

I did my work experience at a web agency in Manchester when I was 14. When I was there I worked on the Oxfam platform. It was really interesting and quite complicated. It went really well.

I went back to that agency each summer until I started at college. During my first year, while I was studying for my AS levels, I was freelancing on the side. I found the studying quite frustrating as I wanted to focus on work.

I completed my exams at the end of the first year, then asked the agency for a job. I took a graduate role there, on the promise of 3 days per week so I could spend the other two doing college work.

But it never worked out. I didn't end up completing college, and instead worked there 5 days a week. As I was only contracted to work 3 days, I accrued a large amount of holiday that meant I could take long periods of time off at once.

On one of my extended breaks, I flew out to America to visit my friend Kyle. Whilst I was out there, I began working on projects with him. We made a sports-based app called MVP Tracker that allowed you to compare the stats of different players.

It turned into a kind of social network where you could make your own curated set of content with info about a particular thing, like a specific athlete. It was pretty neat actually.

We also created an app called Restroom Rater. It worked by finding public loos near you. You were able to give loos you'd use a star rating, and check out other users ratings to find one to use.

It gave information such as accessibility info and even allowed users to share a photo. 🚽 It actually had a fair few people using it and seemed to become popular in Asia. There were a few thousand locations set up.

None of these projects particularly went anywhere, but were fun to build.

After about a year at the agency, I got a bit bored. I was telling my friend in America that I was looking for a new job. Coincidentally, the company we had shared office space with in the US, Neurotopia (now SenseLabs), were hiring.

They made brain training headsets that read signals from your brain and streamed them to an iPad. You'd then play a game on the iPad which essentially conditions your brain in certain ways, like to deal better with stress or to focus on demand.

This type of technology had existed previously in clinical contexts, but they wanted to make it more widely available. It was a really interesting job. We actually trained some pretty well known athletes and olympians.

I did that for quite a while. But unfortunately it's difficult to work with US companies if you don't have a degree! In the end, I wasn't able to be particularly hands-on and unsurprisingly it didn't really work out, working mostly on an 8-hour time offset in a company with no other remote staff.

I posted in a start-up group on Facebook that I was looking for a new challenge. Then one day, a message from Freddy arrived in my inbox, telling me all about his new venture - Cuvva.

What most excites you about Cuvva?

For me, it's about Cuvva reaching its full potential: becoming the main place people go for insurance - at least for personal use. I suppose that would eventually mean becoming the market leader in every consumer line in every country - at that point there'd be nowhere else to go.

Obviously we're focussing on a much smaller section of that for now though! I guess in the more medium term, we have the opportunity to make a serious change to how people think about long-term (annual) car insurance. I think it's probably inevitable that the "Bulb for annual car insurance" will arise in some form or another - probably being quite impactful, mostly for the better.

If you weren't working for Cuvva, what would you be doing?

Before I knew about Cuvva, I was really keen to work at Stripe. Now Stripe is too late stage, but then it would have been perfect. Monzo (then Mondo) started to become a thing about 2015. That would have been cool to join early-on, if I wasn't already at Cuvva!

I also did some work for the UK Parliament in the time between Neurotopia and Cuvva, which was pretty interesting. They were fairly early in their version of the GOV.UK-style digital transformation project. We were helping them think a bit more about how they wanted to work. It came up that MPs submit requests for information to the parliamentary library, where people research to try to find the answers.

It seemed inefficient how they looked for those things. So we designed a central search engine to pull together the most common search terms. It didn't replace the need for research, but it got them to the sources faster.

I think now if I didn't work for Cuvva, I might be angling towards starting something new. But first I would take a 6 month break without doing any work. 😂

What have you learnt during your time here?

Just product/tech people by themselves are not likely to go anywhere. They really do need the support of the people with business acumen to make it happen from a sales and marketing perspective. I think this is quite rarely recognised.

What about Cuvva are you most proud of?

The fact that a group of people with no knowledge of insurance have been able to create such a good insurance experience. But to be fair, maybe the very fact we don't have a background in insurance is the reason we have been able to do this. We have brought a new perspective unencumbered by any preconceived notions (and this continues to be a fundamental part of our culture today).

I personally live for the little details, like being able to type in your reg plate as it looks rather than as it is, and Cuvva will correct it for you. You could type in '1' instead of an 'I' without any issue. It's such a small thing that I bet no one will ever notice, yet we're still willing to put the effort in. That for me is Cuvva in a nutshell.

In your own words, what do you think really stands Cuvva apart?

I think it's our (largely) uncompromising approach - we really won't compromise on many things. It's our attention to detail and effort in the little things. And we take our regulatory responsibilities really seriously and go way beyond what many companies would because we feel it's the right thing to do.

I also think the overall approach to our customer operations (and therefore our service & support) will always be a key differentiator.

What is the best thing about the culture here at Cuvva?

I feel like we have a really quite tight-knit bunch here. People genuinely become friends, but new people tend to fall quite naturally into this too.

I wouldn't say our approach on transparency is perfect but it's pretty good. One of the things I think we've done particularly well on is the senior leadership's openness to direct feedback and criticism in a public setting - we know we don't know everything, but we do still want to be accountable. We encourage people to call things out openly so we can acknowledge problems with transparency and work to fix them.

What are you most excited about this year?

I am hoping that our team will be able to scale substantially. Generally for technical/product roles, I'm hoping for the team to be 4 times the size by the end of the year. If we do manage that, our ability to do things will be significantly improved.

As a company, and I guess as the wider industry too, we need to learn how to use data to drive pricing decisions, and determine what fairness looks like. We could work to implement the most accurate pricing, but it might not feel very fair at all. We need to know how people subjectively feel about 'fairness'.

There is also a lot more to it than just inserting the data and magically coming up with the most accurate price. The assumption is that start-ups gathering lots of data will suddenly change everything. It won't be as clear-cut as that. We need to look at the data and validate what it's actually telling us.

At the moment, insurance companies look at each policy largely in isolation. Or even if they do consider the other policies the customer has purchased, they generally won't connect anything between different kinds of products. One of Cuvva's key differentiators is that we always think about the person as a whole - using information across their entire profile and history with Cuvva. We expect that companies should be able to price better by using the data from different products, such as your travel insurance and your car insurance, to give you a more accurate risk rating.

I'm hoping to see this across the whole industry in the next few years. Because of how insurance price comparison works in the UK, the industry is a little messed up at the moment. It's caused pricing sensitivity to the point of significant overall detriment.

Car insurance companies focus heavily on dual-pricing, charging different prices for old and new customers. Insurance companies offer a lower price than they can sustain to new customers to win their business, hoping they will stay on for another year and they can hike up the prices. Cuvva does not participate in dual-pricing and I hope the rest of the industry will eventually move in this direction too.

What hobbies and interests do you have?

Cinema Sunday! Virtually every Sunday, I go to the cinema with George (long-time friend & Cuvva engineer) and a few others!

I was quite late to the party, but I've gotten really into the smart home thing. I only started getting into it 6 months ago. (We know - he set stuff up all over the office.) I now have a full-on smart home with Sonos audio, Hue lights, a Netatmo thermostat (the office went with Tado!) all integrated with HomeKit. Even got a Neato robotic vacuum cleaner on Blake's recommendation.

I'm a particular fan of the Netatmo stuff - it's a really well thought out product, and incidentally also the cheapest. It has e-ink displays so it's low power and you can set it up in lots of different ways. The e-ink displays even re-render automatically based on which way up they are.